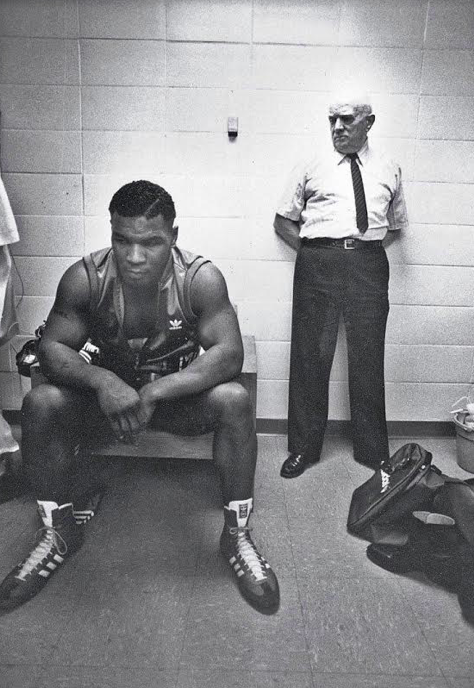 
At Jailhouse Strong, we believe in the importance of heroes, the power of mentors.  Like the points on a compass, they guide us in our journey.  Mike Tyson’s mentor was the enigmatic Cus D’Amato, who guided Tyson in boxing, training, and life.

Constantine “Cus” D’Amato was born January 17, 1908 in the Bronx, New York.  As a boxing manager and trainer, Cus handled the careers of Floyd Patterson, Jose Torres, and Mike Tyson.  Cus also mentored the boxing trainers Teddy Atlas and Kevin Rooney.

Cus’ father, Damiano, delivered ice and coal with a horse drawn cart.  During his childhood, Cus was involved with the church and, for a period, he even considered the priesthood.  He was also interested in boxing and had a short career as a featherweight and lightweight in the amateur ranks.  However, an eye injury acquired in a street fight prevented him from getting a professional license.

When he was 22, Cus opened a boxing gym at the Empire Sporting Club.  He completely devoted himself to the gym, even living on the premises.  As Cus described this time of his life, he was waiting for a champion.  After discovering the great Rocky Graziano, only to lose him to another trainer, Cus would have to wait for Floyd Patterson before he found his first champion.

Under D’Amato’s guidance, Floyd Patterson won Olympic gold at the Helsinki games in 1952 and he won the heavyweight championship in 1956 to become the youngest heavyweight champion in history at that time.  Cus also managed Jose Torres, who won the Light Heavyweight title in 1965 at Madison Square Garden.

Of course, his most well-known champion would be “Iron” Mike Tyson, whose thick, spark plug build was ideal for Cus’ unique “peek-a-boo” style of boxing.  The peek-a-boo was characterized by a fighter placing his hands in front of his face, like the baby’s game by the same name, as a means of protection.  This style also utilized bobbing and weaving alongside rising uppercuts and hooks which D’Amato called “bad intentions.”  Tyson’s thick thighs and stout torso made his body makeup ideal for generating power from characteristic crouching position of the peek-a-boo style.

Cus took Tyson from juvenile delinquency to the highest echelons of pugilistic success.  Although Cus passed away 16 months before Tyson became the youngest heavyweight champion in history, his protégé Kevin Rooney took over Tyson’s training duties.

During his life, Cus devised an arduous physical training routine for Tyson.

At the core of the daily training program was a calisthenics routine that Tyson performed 10 times a day, six days a week.  This routine was broken up into three different workouts.  Tyson would perform the routine three times at 12 pm, three times at 3 pm, and four times at 5 pm. 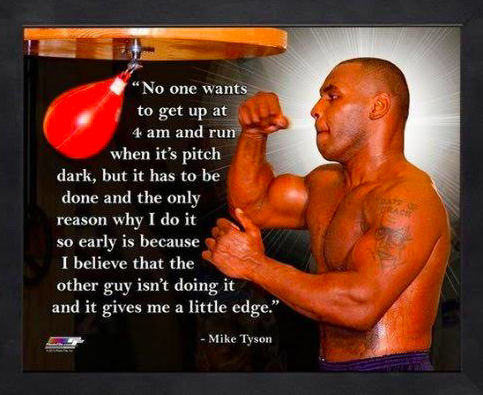 The routine was as follows:

The way in which this routine fit into a typical training camp day was as follows:

4:00 a.m.: get up and go for a three to five mile jog.
6:00 a.m.: come back home, shower, and go back to bed.
10:00 a.m.: wake up and eat breakfast (Oatmeal with fruit, OJ, and vitamins, washed down with a protein shake.)
12pm:  ten rounds of sparring and three sets of Calisthenics.
2pm: lunch (carbs, protein, veggies, and water.)
3pm: another four to six rounds of sparring, bag work, slip bag, jump rope, Willie bag, focus mits, and speed bag (Cus was never fond of the speed bag) and 60 minutes on the stationary bike.  Three more sets of Calisthenics.
5pm: Four more sets of the same calisthenic routine and then slow shadow boxing or focusing on ONE technique, in order to master the mechanics.
7pm: another balanced meal, usually prepared by Steve Lott.
8pm: a light 30 minutes on the exercise bike for recovery purposes only. NO RESISTANCE.
9pm: watch TV or study fight films and then go to bed.

Later in Tyson’s life, he devised similar types of grueling bodyweight workouts.  As detailed in our original bestseller, Jailhouse Strong, while incarcerated in an Indiana prison, Tyson would regularly perform this bodyweight squat routine:

Start with ten cards and line them up 2-4 inches apart.

Squat and pick up the first card.  Return to the standing positioning with the card in your hand and walk to the next card.  Squat and place the first card on top of the second card. After which, you squat twice more to pick up each card individually, before walking to the third card with two cards in your hand. When you reach the third card, squat twice to stack each card, then squat three times to pick up each card before carrying the cards to the fourth card, and proceeding with the pattern.

The workout ends with you picking up individually the last ten cards.  At that point, you will have completed 100 squats. You can add squats as your strength and endurance increase.

The beauty of these Tyson workouts are their minimalist simplicity.  All you need to follow these workouts are a heavy bag, a jump rope, a barbell (or kettlebell), a deck of cards, a stationary bike (this is optional), and a strong work ethic (not optional, this is required). 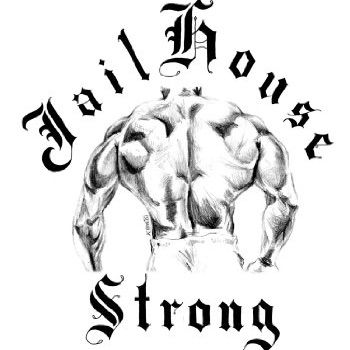